Economic Geology in Germany is traditionally linked to geochemistry and mineralogy, as deposits are considered geochemical anomalies of the Earth's crust. Germany has a long mining tradition from medieval ages that is accompanied by world-leading scientific research. Today, Germany is still a globally important producer of lignite, potash or rock salt. For our industry, infrastructure and everyday life, large quantities of raw materials are used every day.

Economic Geology faces major challenges, in which not only the complex geological processes of ore deposit formation, but also the environmental impact and the economic and social significance need to be explored. Thus, in addition to a wide range of geosciences, Economic Geology also covers aspects of social and economic sciences.

Mobility of Au and related elements in Subduction zones (MAuS): insights from the Cyclades Islands, Greece

Energy and mass flux in the Upper Rhine Graben

The role of early cumulate formation

Melt variations of the Tweerivier and Bulhoekkop carbonatites, South Africa

from geothermal fluids in the Upper Rhine Graben.
A new mineral source? 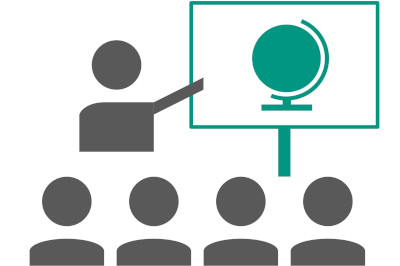 Orogenic gold deposits are characterized by shear zone-hosted quartz-carbonate vein systems in orogens. The Paleoproterozoic Rinkian Orogen hosts quartz-carbonate veins in meta-sedimentary schist. Although, they formed in a characteristic setting for orogenic gold deposits and there is hydrothermal alteration associated with the veins, gold contents are low. The aim of this project is to characterize the hydrothermal alteration associated with the veins geochemically and petrologically and to compare the data with typical orogenic gold deposits in order to better understand the hydrothermal processes. The project involves application of petrological and geochemical methods.

The northern part of the Rinkian Orogen is characterized by gneiss and migmatite. Presumably meta-sedimentary gneisses show interesting different grey and rusty weathering colours, although they macroscopically have the same mineral composition. The rusty weathering of the paragneiss has confused geologists in surficial mineral exploration for some time. The aim of this project is to characterize the samples using geochemistry and petrology in order to determine how the different weathering colouration is controlled and whether the rusty colour is caused by weathering of hydrothermal alteration. A better understanding of the processes behind the colour variation may aid in regional mineral exploration.

Orogenic Au deposits in Finland are classified as Au-only or as atypical Au-Cu-Co. The Pohjanmaa belt in South Western Finland hosts both Au-only and atypical orogenic Au deposits and is ideal place to study the key parameters leading to one or the other style of mineralization. This study focuses on four deposits: Laivakangas, Jouhineva, Huhta and Kurula. The deposits share many similarities and are characterised by two major Au mineralization stages: a peak metamorphism Au-As-Co mineralization stage and a later Au-Cu one. Each stage is characterised by different ore mineralogy such as arsenopyrite, loellingite, clinosaflorite, pyrrhotite, chalcopyrite, pyrite. The aim of the project is to carry in-situ LA-ICP-MS analysis of sulfides from the different deposits to better understand the mechanisms for base metal enrichment in atypical orogenic Au deposits.

Orogenic Au deposits are the product of complex large scale processes which include the production of metal-rich fluids, the transport of these metal-rich fluids through the Earth’s crust, and the precipitation of the metals in structurally controlled locations at various degree of metamorphism. The Paleoproterozoic Central Lapland Greenstone Belt (CLGB) hosts numerous orogenic Au deposits. These deposits, however, show various metal endowment from Au-only to Au-Cu-Co-U and this variability is not well constrained. A hypothesis we want to test is the control of lithology variation in the source area on the metal budget of the hydrothermal fluids and finally on the metal endowment of the deposit.

Metal fluxes in the Earth crust:

Subduction zones impose an important control on the geochemical cycling between the surficial and internal reservoirs of the Earth. The classical high pressure-low temperature (HP-LT) metamorphic path of a subducting altered oceanic crust proceeds from sub-greenschist and greenschist facies (seafloor alteration) to lawsonite-blueschist, epidote-blueschist and eclogite facies. During this process, progressive devolatilization of H2O, CO2, SO42- occurs from the descending slab into the overlying mantle wedge promoting mantle melting. Release of oxidizing sulfate-bearing fluids also modifies the redox state and the chemical budget of the mantle which ultimately has strong impact on the formation of hydrothermal ore deposits in arc systems and on sulfur dioxide (SO2) release at arc-volcanoes which strongly affects the climate. Yet, the mechanisms of S release within subduction zones is still unclear, specifically it is not clear when and how S is released from the slab during prograde and retrograde metamorphism. In this project we want to investigate the behavior of S in variably metamorphosed samples from the Cyclades island of Santorin, Ios, Naxos and Syros, Greece. This project is petrology and geochemistry based and will involve significant microscopy and analytical work such as SEM, XRF, CSA, ICP-OES, EA-IRMS, EMPA and LA-ICP-MS.

Fluid fluxes in subduction zones enable efficient transfer of mobile elements from pelagic sediments and altered oceanic crust to the overlying mantle. These fluxes affect the mantle composition and its redox state having a profound impact on supra-subduction arc systems and their associated hydrothermal ore deposits such as porphyry, skarn, epithermal and VMS deposits which are often enriched in Au. The aim of this project is to investigate the mobility of Au and other elements during subduction by investigating exhumed subducted rocks from the Cycaldes Island, Greece. In this project we want to investigate the behaviour of S in variably metamorphosed samples from the Cyclades island of Santorin, Ios, Naxos and Syros, Greece. This project is petrology and geochemistry based and will involve significant microscopy and analytical work such as SEM, XRF, CSA, ICP-OES, EA-IRMS, EMPA and LA-ICP-MS.

The Kolumbo shallow submarine arc-volcano, located in the 5 Ma-to-present Aegean volcanic arc in Greece, hosts an active hydrothermal system currently forming polymetallic VMS mineralization with high As, Ag, Au, Hg, Sb and Tl contents. The Kolumbo hydrothermal system represents one of the very few known hybrid active analogue style of epithermal-VMS mineralization associated with continental margin volcanism. Furthermore, basement rocks, representing the potential metal source areas, outcrop in the neighboring islands. As such, it is a perfect natural laboratory to investigate the entire system from source to sink. This project aims to characterize the sources of the metals enriched in Kolumbo sulfide mineralization using an innovative method which focuses both on the metal sink and the metal sources of Kolumbo’s polymetallic VMS deposit. Mineralized chimneys, volcanic rocks and basement lithologies from Kolumbo’s volcano will be thoroughly studied using state-of-the art whole rock and in-situ analyses coupled to numerical modelling.

Active exploration of the seafloor during the last decades lead to the discovery of gabbroic-ultramafic hosted volcanogenic massive sulphide (VMS) deposits. These deposits are associated with Oceanic Core Complexes (OCC), uplifted, dome-like exposures of the lower oceanic crust which have been exhumed by tectonic extension along slow to ultra-slow oceanic spreading centres. These peculiar deposits show specific enrichment in Au-Cu-Co-Ni-PGE and are future potential polymetallic ore deposits mined either from land or from the seafloor. They have been, however, poorly characterised on-land partly because they were misclassified as hydrothermally altered magmatic ore deposits and partly because their genetic model remains poorly understood. In this project we propose to investigate the source of the metals enriched in gabbroic-ultramafic hosted VMS deposits and the precipitation mechanisms leading to ore precipitation by investigating the paleo OCC in the Western Limassol Forest Complex in the Troodos ophiolite, Cyprus.

The Paleoproterozoic Karrat Group consists of metamorphosed sedimentary, volcanic and volcanoclastic rocks. These rocks are known to host massive sulfide occurrences in many places. The Black Angel Zn-Pb-Ag deposit is only one example. Massive sulfide assemblages are deformed and metamorphosed, which makes it difficult to unravel the mineralization processes. Various models (SHMS, VHMS, SEDEX, MVT) have been proposed to explain the genesis of the ores. One detailed cross section was sampled, where massive sulfide is hosted in (likely) meta-sedimentary rock, and samples from other locations are available for comparison. The aim of this study is to characterize and compare hydrothermal alteration and ore assemblages and to unravel the evolution of the mineralized rocks.

The Black Angel Zn-Pb-Ag deposit has been successfully mined for a couple of years. Interest in regional mineral exploration is still high. Massive sulfide hosted in mylonitic marble outcrops close to the mine and was sampled there. Recent investigations on samples from Black Angel indicate that the mineralization may be of syn-tectonic origin and may be similar to styles of mineralization in the Zambian Copper Belt. The aim of this project is to characterize deformation in the samples and relate structures to mineral paragenesis. This data should be compared to petrologic data from disseminated sulfide ore in marble and massive sulfide ore in black shale. The main question is, whether hydrothermal mineralization was pre-tectonic and the ore was subsequently deformed or whether hydrothermal mineralization is syn-tectonic.

State of the art ultra-low limit Au analysis in the ppt range requires tedious and time consuming method involving multiple acid-digest and Au extraction by chromatography. Recent development in LA-ICP-MS performances allows to develop a new method for ultra-low limit Au analysis which will be both cheaper and faster. The method will involve nano-milling, pressed pellet binding and analysis by LA-ICP-MS of various reference materials and samples.