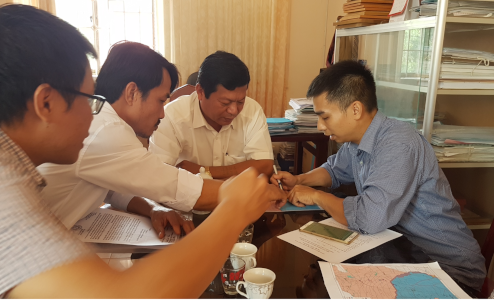 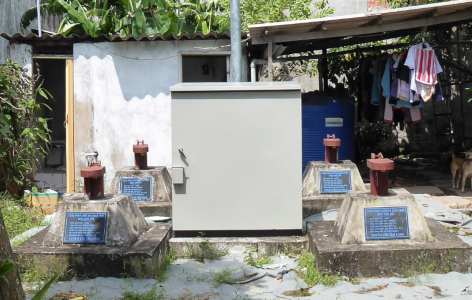 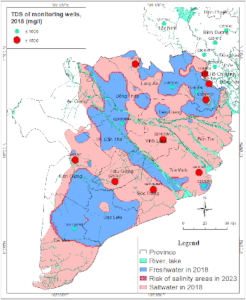 Ca Mau is one of 6 provinces in the Ca Mau peninsula, with 3 sides facing the sea. The peninsula is a lowland area, where surface water is mostly contaminated with aluminum and it is salinated by seawater intrusion. This saline water cannot be used for living, eating and drinking or washing. Fresh water sources mainly are used from rainwater and groundwater. Five main aquifers with large reservoirs are currently exploited in the Mekong Delta region. According to the Department of Natural Resources and Environment of Ca Mau province, the whole Ca Mau province has 180,000 wells; of which, 40,000 wells have been seriously polluted (according to the prescribed standards, they must be closed and cannot be used because they are lower than hygiene standards). Notably, of the contaminated wells, 2/3 of wells are not managed by the local authorities. The above situation leads to the consequence that the underground water source is used indiscriminately, is in danger of depletion, and is causing environmental pollution.

For the groundwater exploitation managment, the Vietnamese government has invested in groundwater monitoring networks since the 1990s. Currently, the Camau provinces have 5 points including 21 observation wells but there is no system of groundwater model forecast, early warning of depletion or saline intrusion.